Why Do Babies Cry In Their Sleep

If you’ve ever heard your baby crying, rushed to their crib side, and then found them fast asleep, you’re not alone. In this situation, it’s natural to worry, and you may ask yourself, “Is my baby in pain?” “Is my baby having a nightmare?” or other similar questions.

That’s why we’ve put together a complete guide to babies crying in their sleep.

Why Do Babies Cry In Their Sleep?

The most likely reason for crying while still asleep varies according to your child’s age. The good news is that the younger your baby is, the less likely it is their cry is caused by pain, discomfort, or other upsets.

In babies less than six months old, the most likely reasons for whimpering, crying, or even wailing in their sleep are:

Older children and adults go through sleep cycles that last approximately 90 mins. We have two stages of light sleep, one of regular deep sleep and one of Rapid Eye Movement, or REM. REM is the deepest stage of sleep, and it’s during REM that we dream. In adults and older children, this sleep cycle lasts for around ten minutes.

On the other hand, babies have a total sleep cycle of around 50 minutes and roughly half of each cycle is spent in REM.

If your baby has a need such as feeding or cuddling during REM, they are likely to cry a little, but remain so deeply asleep that they do not wake up.

It is also possible that during the transition from light to deep sleep, and visa versa, babies rise to almost awake, cry a little, and then continue with their snooze.

Those immature little brains are developing at an astonishing pace, and experts believe this may be a reason why a baby sometimes dries without waking up. The theory is that while the brain is busy developing neurons, building connections, and bursting with electrical energy, babies often twitch, jump, pull funny faces, and even cry involuntarily while asleep.

However, this doesn’t mean there is anything wrong. You can think of it as someone standing in a house flicking a light switch on and off. There’s nothing wrong with the house or the electrics, it’s just a random happening.

Because younger babies spend so much time in deep sleep, they may whimper in discomfort but not be uncomfortable enough to awaken fully. This is especially true when the problem is something like being slightly too cold or too warm, having a little wind, or something similar.

Again, this is nothing to worry about. If your baby is in actual pain or is uncomfortable enough, they will wake up properly and let you know.

As your child passes the halfway mark of their first year they are becoming less likely to cry in their sleep, and if they do cry, the most likely reasons for crying in their sleep change.

Sleep regression is when your baby has been sleeping in a relatively stable pattern, and then suddenly, that pattern is disrupted. It’s thought that this happens due to rapid growth and development and is most likely at 4, 6, and 8 months.

During these phases, your baby flies through sleep cycles more quickly and spends less time in deep sleep, increasing the likelihood of those “light sleep grumbles” we mentioned earlier.

The older your baby gets, the more likely it is that they cry in their sleep because of teething pain. Those sore, hot gums are bothering them, but not enough to bring them to the surface of rest and become fully awake.

Although your instinct may be to lift and cuddle them, try to resist the temptation. You may end up waking your child and causing them to be aware of the discomfort. This, in turn, can lead to a long period of crying.

Rather than pick them up, try one of the suggestions below.

Once you are sure your child is not in pain, your second thought is likely to be that your little one is experiencing nightmares, or even worse, night terrors. Try not to fret about this possibility because children do not start to have these nighttime experiences until they are at least two years old.

Even then, it is unlikely that your two year old is suffering from bed dreams. The most common age-range for children to experience nightmares is between three and six years old.

What are Normal Sleep Patterns by Age?

There is an incredible amount of variety of sleep patterns in babies and young children, so it’s difficult to say what is typical. We have five children and all of them were very different when it came to sleep.

However, we can say that these are typical sleep patterns according to age:

The best word to describe a newborns sleep pattern is “unpredictable!” There’s no need for an internal clock in the womb, so when your little one is born, their body must learn when to wake and sleep.

Newborns may wake every two to three hours and by the time they have woken, fed, been changed and settled down again it can be as little as an hour before they wake once more. On the other hand, they may randomly sleep for five or six hours straight leaving you to hover nervously over their sleep form.

This is exhausting, but it does pass, and your baby will soon be settling into a slightly less draining sleep cycle.

At this stage, some babies begin to adjust and sleep up to four hours at a time although, again, much of this “four hours between waking” cycle is taken up with eating and being changed.

Sleeping through the night at this stage is highly unusual. Those that do “sleep through the night” usually sleep for a period of maybe five to six partially unsettled hours, so not the seven to eight solid hours you’re looking for.

By three months those little brains are producing melatonin on a regular schedule and they are finally ready to start developing a sleep routine.

Just as you feel like there’s light at the end of the tunnel and your baby is sleeping more, there’s what’s commonly known as the four month sleep regression. This is a time when your baby is going through massive and rapid developmental changes and this is enough to disrupt their sleep.

While it feels like a step backwards, this regression usually only lasts for a week or two and they will soon settle down again to their previous routine.

Once you get over the hump of the four-month sleep regression, babies begin to sleep longer at night and be awake more during the day. At around five or six months it will feel like your baby is napping during the day rather than waking occasionally during a day of sleep.

Some babies at the older end of this range may sleep up to six hours through the night and move to two or three naps during the day.

Just when you’re feeling more settled, there is the the eight month regression. Just like it’s four-month cousin, this is a period of rapid growth and development that disrupts previously settled sleep routines. Add to this teething, separation anxiety, and an insatiable curiosity that keeps them awake, it’s no wonder your baby’s sleep is disrupted.

On the upside, once you are over this hump, the majority of babies are sleeping for a total of 14 hours out of a 24 hour period. This is split into 11 to 12 hours at night and two or three naps during the day.

By 12 months, a full night and one or two daytime naps are average.

Younger toddlers tend to sleep a whole night with two naps during the day, dropping to one rest per day at around 18 months.

Is my Baby Having a Nightmare?

Nightmares are unlikely until your child is around two years old.

How to Soothe a Baby Crying in Their Sleep

When your baby is crying your instinct may be to scoop them up and provide comfort. If your baby is crying in their sleep, try to resist this urge. It’s possible you’ll end up waking them completely and have a much more difficult time settling them down.

Instead, check and make sure your baby looks comfortable and that they haven’t worked themselves into an uncomfortable position in the crib.

Next, ensure the room is not too hot or too cold and that your baby appears to be at a comfortable temperature.

Leave your baby for a few minutes to see if they drift back off to deep sleep without any help. If they remain disturbed try gently rubbing their belly, or if they have grown to turning over at night, rubbing their back.

Finally, if your baby remains unsettled or their crying escalates you can lift them and gently wake them up. If they settle when awake there is nothing wrong and if they still remain unsettled you can check their diaper, feed earlier than expected or try other methods of comfort.

When to Call a Doctor

If your baby cries in their sleep, there’s usually no need to worry. They are likely crying for one of the reasons above. However, call the doctor if: 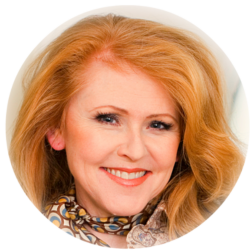 Patricia Barnes
Patricia Barnes is a professional writer and an amateur mom of five. Her practical experience informs everything she writes, and she hopes to support parents through tough times as well as through the good.

Sleep Schedule for a 10-Month-Old Baby

Sleep Schedule for a 14-Month-Old Baby

Why Do Babies Cry In Their Sleep

Keep in mind that we may receive commissions when you click our links and make purchases. However, this does not impact our reviews and comparisons. We try our best to keep things fair and balanced, in order to help you make the best choice for you.
As an amazon associate, we earn from qualifying purchases.